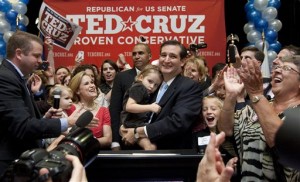 We have done it with other, special primary candidates. Now we did it with Ted Cruz.

The “we” is American Principles PAC.

The “it” means supporting what appear to be long shot candidates long before they take the lead.

Ted barely survived the primary two months ago. Had his opponent, wealthy self-funding Lt. Gov. David Dewhurst, gotten a few more percentage points, Ted would have been DONE and OUT!!!

As was (now Sen.) Marco Rubio’s meteoric ascent in the polls during his 2010 campaign, so was this a remarkable victory. 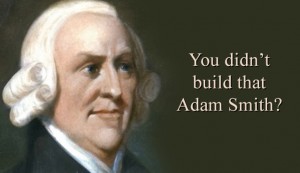 Over at the New Yorker, Adam Gopnik assures us that Adam Smith would have had no trouble with Barack Obama’s recent remarks about how the existence of public roads nullifies the significance of individual accomplishment and justifies the administrative state.

Adelson to DCCC: Apologize or Else!

Casino magnate and conservative philanthropist Sheldon Adelson has threatened the Democratic Congressional Campaign Committee with a lawsuit over false statements made by the Committee claiming Adelson “personally approved of prostitution and knew of other improper activity at his company’s properties in the Chinese enclave of Macau, China.” 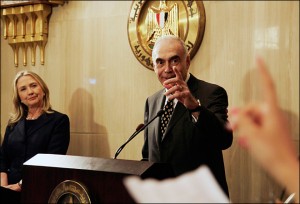 Clinton silent as Egypt says peace with Israel contingent on return to ’67 borders, giving up Jerusalem.

Another terrific expose by Adam Kredo:

Secretary of State Hillary Clinton was silent as a senior Egyptian official stated during a joint press conference that his country would only uphold its peace treaty with Israel if the Jewish state returns to its 1967 borders and gives Palestinians control over portions of Jerusalem.

During a press conference Saturday in Cairo … 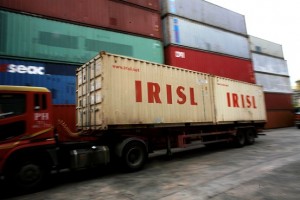 Here’s just one more among many reasons that this November’s elections are the most important in our lifetimes!!!

Many of us have heard our Congressional leaders, AIPAC activists and other experts in the mix speak of “crippling sanctions” on Iran’s petroleum industry. Periodically, we get an email or press release bragging about the passage – by a praiseworthy overwhelming majority in Congress – of another round of de facto international restrictions on the Government of Iran, its Central Bank, or the IRGC.

Leave it to the Obama Administration, then, to dilute these hard-earned legislative and policy victories with a simple stroke of a naïve, if not dangerous, pen.

Please read this brief exposé and judge for yourselves.

All 20 of Iran’s major trading partners have sanction exemptions.

In Istanbul Tuesday, U.S. and Iranian nuclear negotiators meet for the fourth time in four months, with the classic diplomatic assignment of talking about whether to hold future talks. They’ll likely agree to do so, but the real news happened under the radar last week: Though economic sanctions still haven’t slowed or stopped Iran’s nuclear drive, the Obama Administration has decided to make them even weaker. The Iran sanctions regime is looking like the U.S. tax code—filled with loopholes …