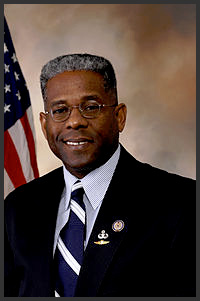 In case any of you missed it, Congressman West is a target of the San Francisco-based (no surprise there) CREDO mobile phone company, which has an open and well-publicized Progressive agenda. CREDO has formed a Super PAC and raised more than $1 million in part with portions of its mobile user subscriber fees, which money is being used specifically to target 10 members of Congress including our beloved Congressman West.
Read Here

They use the money to organize vocal grass roots protests at public events, including the Congressman’s last Town Hall in Boca Raton last week.

Take a look at some of these brief, action-packed videos from that VERY HEATED meeting:
http://www.youtube.com/watch?v=kF6zqTFktEg&feature=relmfu

WE NEED FOLKS TO SHOW UP FROM OUR TEAM TO MAKE OUR PRESENCE KNOWN TO THE ANTI-AMERICAN CREDO RADICALS.

In addition to seemingly being self-hating Americans, the CREDO folks are – intentionally or unintentionally – targeting some of the most pro-Israel members of Congress, including Congressman West, Joe Walsh, Steve King, Chip Cravaack, and Frank Giunta. 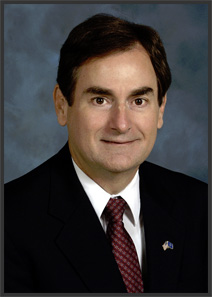 Sometimes, we must follow our political instinct and take a chance. This is one such situation.

While I had heard about Indiana Treasurer and U.S. Senate Candidate Richard Mourdock’s huge challenge of taking on 6-term incumbent Sen. Richard Lugar in the Republican Primary, it was not until early February that I finally had the pleasure of meeting Mourdock in DC.

After reviewing his credentials, conservative endorsements (Club for Growth, FreedomWorks, NRA), and personal references – particularly from members of the pro-Israel community, Israel Bonds, etc. – and further since many of us were not pleased with Sen. Lugar’s uncommonly GOP record of voting against certain Israel-related legislation, most notably on the 2007 Kyl-Lieberman Amendment, I concluded that Richard Mourdock was someone that AMERICANprinciples should endorse and support.

In April, several of us gathered with Mourdock when AMERICANprinciples co-hosted two fund-raisers for the Treasurer, including a lunch with Steve Forbes (who had himself also endorsed the Treasurer).

As campaigning for the primary advanced, Sen. Lugar repeatedly stumbled. After all, the guy had not had a competitive race in 30 years!!! The process yielded results when, on Friday, after months of independent polls showing Mourdock trailing, a new independent poll came out with a 10 point lead for Mourdock.

For Richard Mourdock, it’s onward to the November General Election, and we congratulate him.

Thank you all for your support of AMERICAN PRINCIPLES and our candidates. 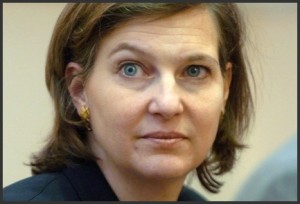 More double-talk and kabuki dance from the State Dept., as Spox Refuses to Recognize Jerusalem as Israeli Capital at Press Conference.

Why does this not come as a surprise to us???

WH Press Secretary Jay Carney has nothing on State Department Spokesperson Victoria Nuland when it comes to providing that glazed-over look that has become so famous among the Obama Administration’s hypnotized representatives.

What does Ms. Nuland mean when she says “Direct Negotiations between the parties”? Which parties need to negotiate whose capital Jerusalem is? How, then, can she refer to herself as a third party with regard to an executory matter that is within her direct or indirect jurisdiction? Many thanks to the ZOA, www.theblaze.com, and other non-traditional outlets for exposing the Obama Administration at its anti-Israel best.