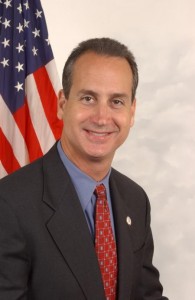 Congressman Mario Diaz-Balart: on Obama’s Absurd Israel Statement: Is it a bad joke or just Amnesia?

“President Obama was quoted saying, ‘I try not to pat myself too much on the back, but this administration has done more for the security of the state of Israel than any previous administration.’ Does the President not recall the events of the past few years?

President Obama must have forgotten the following facts, previously reported in the Wall Street Journal:

Secretary of State Hillary Clinton berated Prime Minister Benjamin Netanyahu on a now-infamous 45-minute phone call, telling him that Israel had “harmed the bilateral relationship.” The Israeli ambassador was dressed-down at the State Department, Mr. Obama’s Middle East envoy canceled his trip to Israel, and the U.S. joined the European condemnation of Israel.

Moments after Mr. Biden concluded his visit to the West Bank, the Palestinian Authority held a ceremony to honor Dalal Mughrabi, who led one of the deadliest Palestinian terror attacks in history: the so-called Coastal Road Massacre that killed 38, including 13 children and an American. The Obama administration was silent. But that same day, on ABC, Mr. Axelrod called Israel’s planned construction of apartments in its own capital an “insult” and an “affront” to the United States. Press Secretary Robert Gibbs went on Fox News to accuse Mr. Netanyahu of “weakening trust” between the two countries.

Ten days later, Mr. Netanyahu traveled to Washington to mend fences but was snubbed at a White House meeting with President Obama-no photo op, no joint statement, and he was sent out through a side door.

“The President must be experiencing some form of amnesia to forget his constant pressure and criticism against Israel. How President Obama can claim otherwise and say, he does not ‘compromise when it comes to Israel’s security,’ is baffling to me. I urge the Administration to follow a simple principle that has served the United States well: loyalty to our allies.”