One cannot help but be moved by this uplifting, patriotic story of a family’s journey from the depths of life under communist and fascist dictators to the glorious heights of American freedom, economic opportunity, and prosperity!

The Council on American Islamic Relations is an advocacy group with deep ties to the anti-Israel movement in America.

As reported in the Washington Free Beacon, more than 120 members of Congress privately issued letters of support to a controversial Islamic-American advocacy group known for its involvement in one of America’s most prominent terrorism financing cases.

While nearly all the support letters came from Democrats, as expected, two Republicans surprisingly joined in: Reps. Rodney Davis (IL-13) and Rob Woodall (GA-7). It should be noted that the latter is retiring, but American Principles will reach out to Rep. Davis and find out why he was on the list.

Read more from the Washington Free Beacon HERE, while the entire list of Members who delivered letters of support is shown below.

In his 2008 NYTimes Op-Ed, Noah Feldman wote that “for most of its history, Islamic law offered the most liberal and humane legal principles available anywhere in the world”, calls its revival “extraordinary”, and further stated that “the West needs Shariah and Islam”.

In another notable segment, Feldman raised the following question: “How is it that what so many Westerners see as the most unappealing and premodern aspect of Islam is, to many Muslims, the vibrant, attractive core of a global movement of Islamic revival? The explanation surely must go beyond the oversimplified assumption that Muslims want to use Shariah to reverse feminism and control women — especially since large numbers of women support the Islamists in general and the ideal of Shariah in particular.” I’m sure there are many women who believe otherwise.

Interestingly, nowhere in the imaginary world of this supposedly “woke” uber liberal did Prof. Feldman mention the ostracizing, persecution and violence that members of the LGBT community face in the Islamic world.

What’s even more remarkable is that (according to Wikipedia) Prof. Feldman was raised in an Orthodox Jewish home and attended Jewish Day School. While his academic record is stellar, it appears that his brilliance has clouded his ability to see the reality. On a related note, he has been an vocal and open critic of Orthodox Judaism.

This poses the following question: Since our nation’s founding, Constitution, and legal system are based on Judeo-Christian principles and values, how is it that an admirer of Islam can be considered a Constitutional Scholar??? 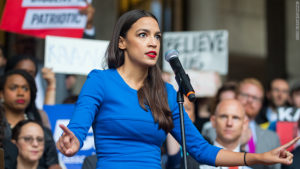 As a legal immigrant who was brought to the United States as a child in the late 60s, I have tragically been witness to a steady decline in American Greatness and Exceptionalism at the hand of some “educators”.
Of course I will not impugn all of them as a group, as many entered the profession for the right reasons and do a great job (often against the odds posed by their administrations), but the Vietnam and post-Vietnam era sowed some of the most radical anti-American school teachers and college profs imaginable, and this warped ideology has taken a life of its own within the ranks of “academia”.

In this Op-Ed, Michael Knowles explores and expands on the impact this movement has had on at least one if not more generations of young students. 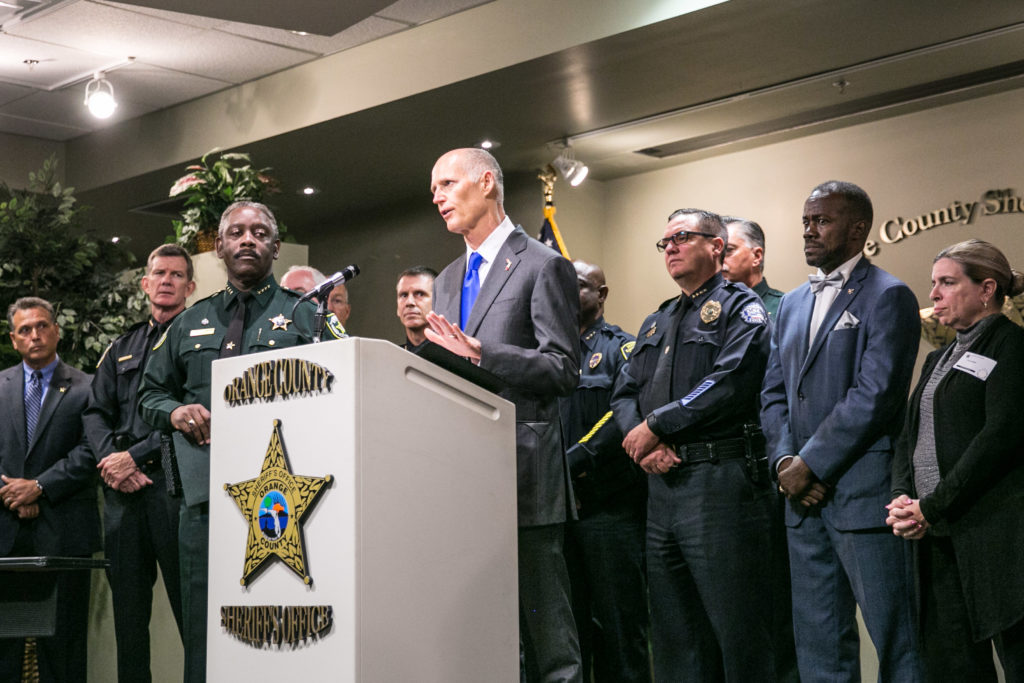 This race is unlike any other that Sen. Nelson has faced. Scott, who is personally wealthy, could not only invest tens of millions of dollars of his own money into the campaign, but also utilize national fundraising contacts as former chairman of the Republican Governors Association.

In his previous two elections, Nelson was the beneficiary of some fortunate conditions and circumstances. In 2006, he came in as part of a Democrat wave election, and in 2012, President Barack Obama had his re-election machine running full throttle.

Nelson has also benefited from facing two weak opponents. In 2006, Katherine Harris was infamously polarizing for her role as Florida secretary of state in the 2000 presidential election, and 2012 opponent Connie Mack, IV never received the outside Republican support he was planning for.

On the pro-Israel front, Gov. Scott has done more to develop business, healthcare and technology ties with Israel than any other Governor in the country, and has also signed a series of bills to counter anti-Semitism, participation in BDS (the anti-Israel Boycott, Divest and Saction movement), and investment in terror-finance leader Iran.

Sen. Nelson, on the other hand, has duped some Jewish supporters into believing that he is an Israel supporter, yet when “push came to shove”, in spite of Florida’s 500,000+ Jewish population, he voted with President Obama for the disastrous JCPOA, aka the “Iran Deal”. He has also cozied up with representatives of Muslim Brotherhood’s U.S. political/lobbying arm CAIR (Council on American Islamic Relations).

American Principles will be “all-in” on this one to make sure that “Space Cadet” Bill Nelson (he is a former astronaut, after all) is headed to the Moon, or at least to the dust bin of political history.