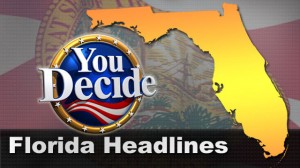 —   As expected, Rep. Connie Mack won the GOP Senate Primary handily, but former 7-term Space Coast Congressman Dave Weldon made an impressive showing considering that he entered the race only two months ago.

—     In the Orlando area, 10-term Member John Mica defeated popular Freshman Sandy Adams in one of the country’s most watched incumbent-vs.-incumbent races resulting from the re-apportionment of districts. Using his substantial campaign war chest (raised in large part as a result of his being the Chairman of the House Transportation and Infrastructure Committee), Congressman Mica was masterful in re-positioning his image from the “entrenched insider” and “big spender” to that of a fiscal conservative, thereby neutralizing Rep. Adams strong suit. Surprisingly, none of the SuperPACs that had made their mark in this type of race against long-serving incumbents entered the race, which essentially sealed Rep. Adams’ political fate.

—     In an absolute shocker to all those who know him, the well-liked and conservative-credentialed 12-term Congressman Cliff Stearns – Ocala area –  was narrowly defeated (with a 1.2% margin) by political novice and Tea Party-backed veterinarian Ted Yoho. Stearns was well-funded and endorsed by fellow House members including VP nominee Paul Ryan, Rep. Michelle Bachmann, and Rep. Allen West. Among several lessons learned in this race, having a huge campaign war chest does not assure victory.

—  In the SW Miami-Florida Keys area (new District 26), “J-Street Joe” Garcia won a four-way Democratic primary and will once again face off against our good friend, Rep. David Rivera. The latter defeated Garcia by 9 points in 2010, while Rep. Mario Diaz-Balart (now representing a different district) beat Garcia by six points in the challenging 2008 elections. We coined Garcia’s nickname because he was the ONLY Florida Congressional candidate who was endorsed by the nefarious, anti-Israel, pro-Palestinian JStreet Organization and PAC in 2010. Sources report that the Democratic Party is not overly enthused about this race, and will not plow any resources into unseating Congressman Rivera.

—    Also as expected, Karen Harrington decisively won a heated Primary, and will return to take on DNC Chair Debbie Wasserman Schultz in District 23. In 2010, Ms. Harrington – a local business owner – garnered an impressive 39% of the vote against the powerful and well-funded Wasserman Schultz.

In Wisconsin’s highly-publicized and closely-watched GOP Senate Primary, former Governor Tommy Thompson narrowly defeated two tea-party-backed opponents with 34% of the vote. Conservative businessman Eric Hovde and former Congressman Mark Neumann. Hovde received 31 and 23 percent, respectively. A fourth opponent, state Speaker Jeff Fitzgerald, came in fourth with 12 percent. Hovde contributed $4.85 million of his own money to his campaign, according to the Federal Election Commission. Neumann had the support of the conservative Club for Growth and tea party kingmaker Sen. Jim DeMint (R-S.C.). The establishment favorite in the race, Thompson is widely considered the GOP’s best chance to beat uber-Progressive JStreet-backed Democratic Rep. Tammy Baldwin in November’s general election for the seat being vacated by Sen. Herb Kohl (D). Thompson served as governor of the Badger State from 1987 to 2001 and then as secretary of Health and Human Services under President George W. Bush from 2001 to 2005. (See http://atr.rollcall.com/wisconsin-tommy-thompson-wins-gop-senate-primary/)

Please note that some of the results may not yet be official.